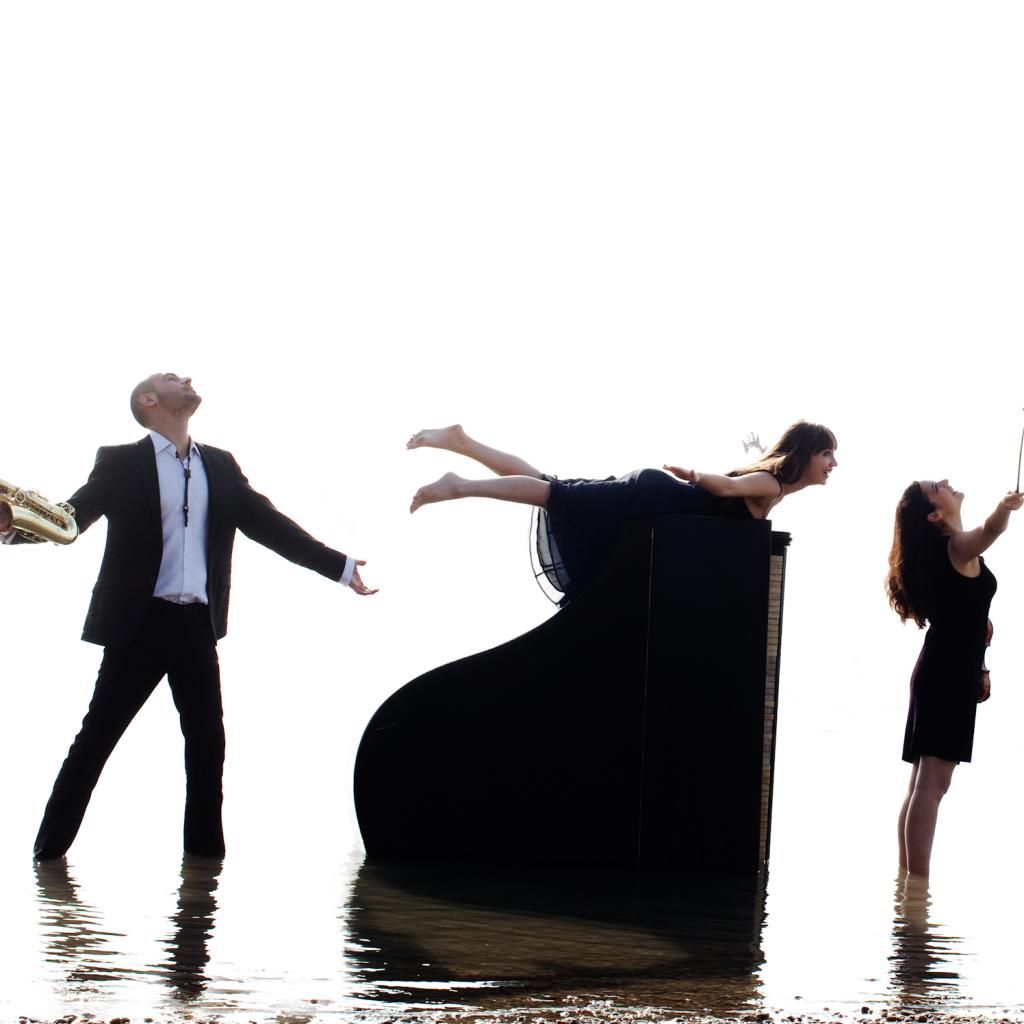 New recording by the Trio Klavis with Piano Trios by Brahms, Schostakowitsch and Krenek

In April, GENUIN released a new CD by Trio Klavis, which recorded piano trio arrangements with its unique lineup - Jenny Lippl (violin), Miha Ferk (saxophone) and Sabina Hasanova (piano). In addition to works by Johannes Brahms and Dimitri Shostakovich, Ernst Krenek's Trio for Violin, Clarinet and Piano, Op. 108 in an arrangement for alto saxophone by Miha Ferk can also be found on the new CD.

Krenek wrote the work in 1946 in St. Paul, Minnesota. The premiere took place on November 27, 1946 at the College of St. Catherine in St. Paul with musicians* from the Krasner Chamber Music Ensemble. A peculiarity of the trio, consisting of two movements, is that one movement is based on a twelve-tone row, while the other is not. Krenek was amused to have listeners guess which of the two movements was twelve-tone - and it is significant that they were usually wrong. This made it clear to him once again "that an application of the twelve-tone technique neither preprograms nor anticipates the expressive or structural properties of the music," as he noted in a program note.

And, to take up Krenek's riddle again, guess which of the two movements is twelve-tone? 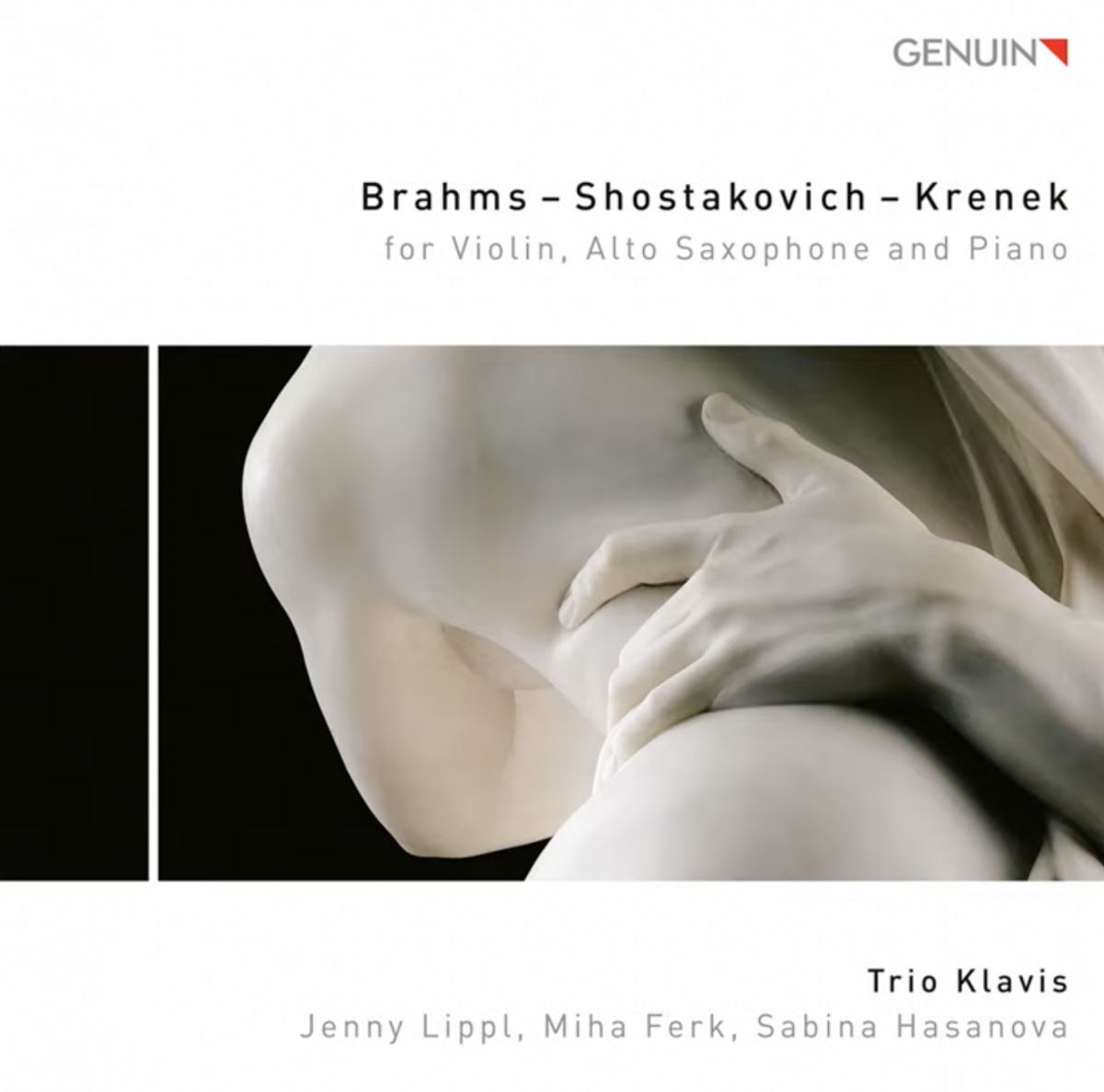 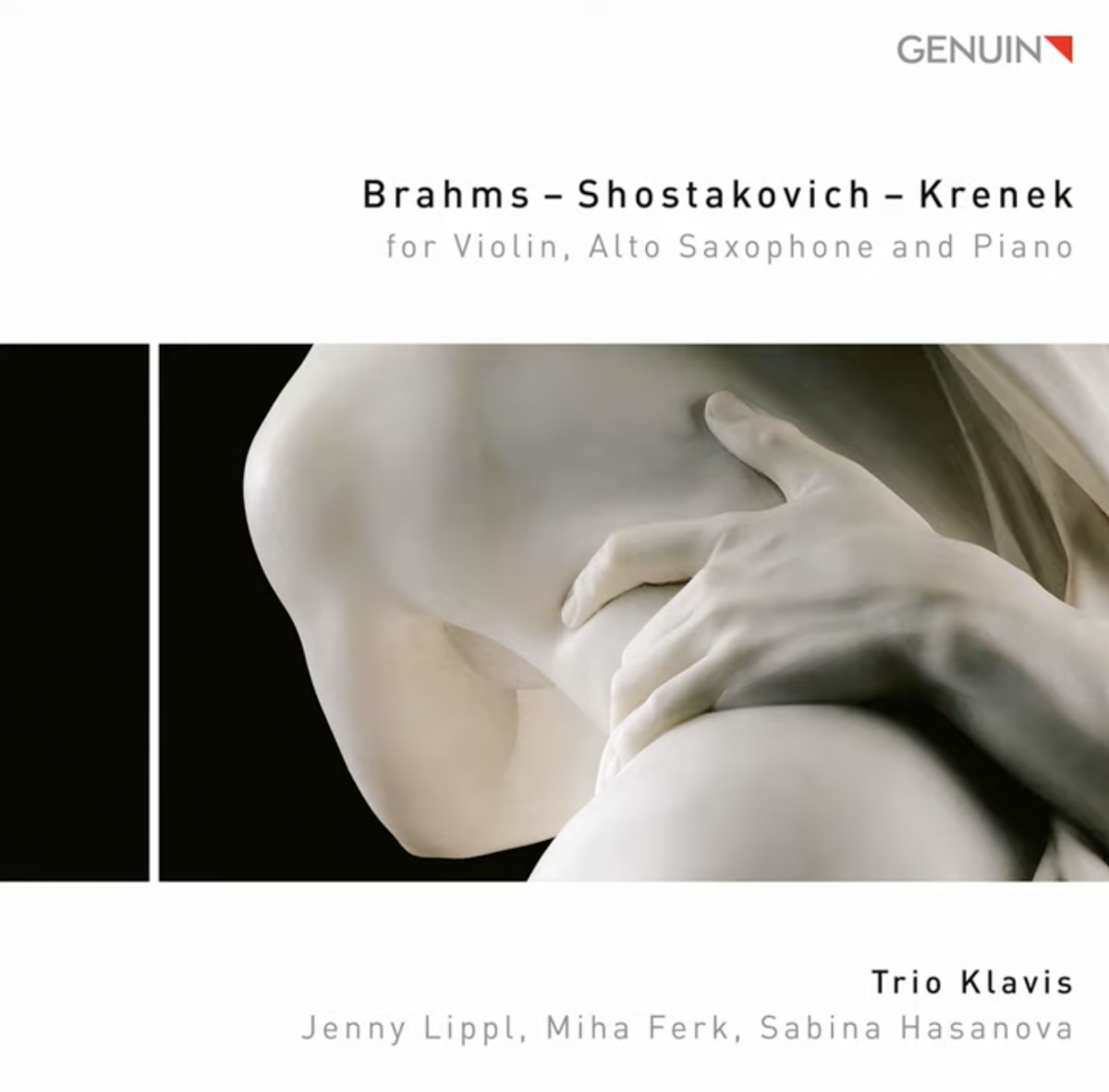 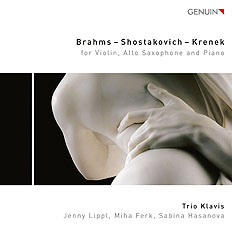 Order CD
Back to Top