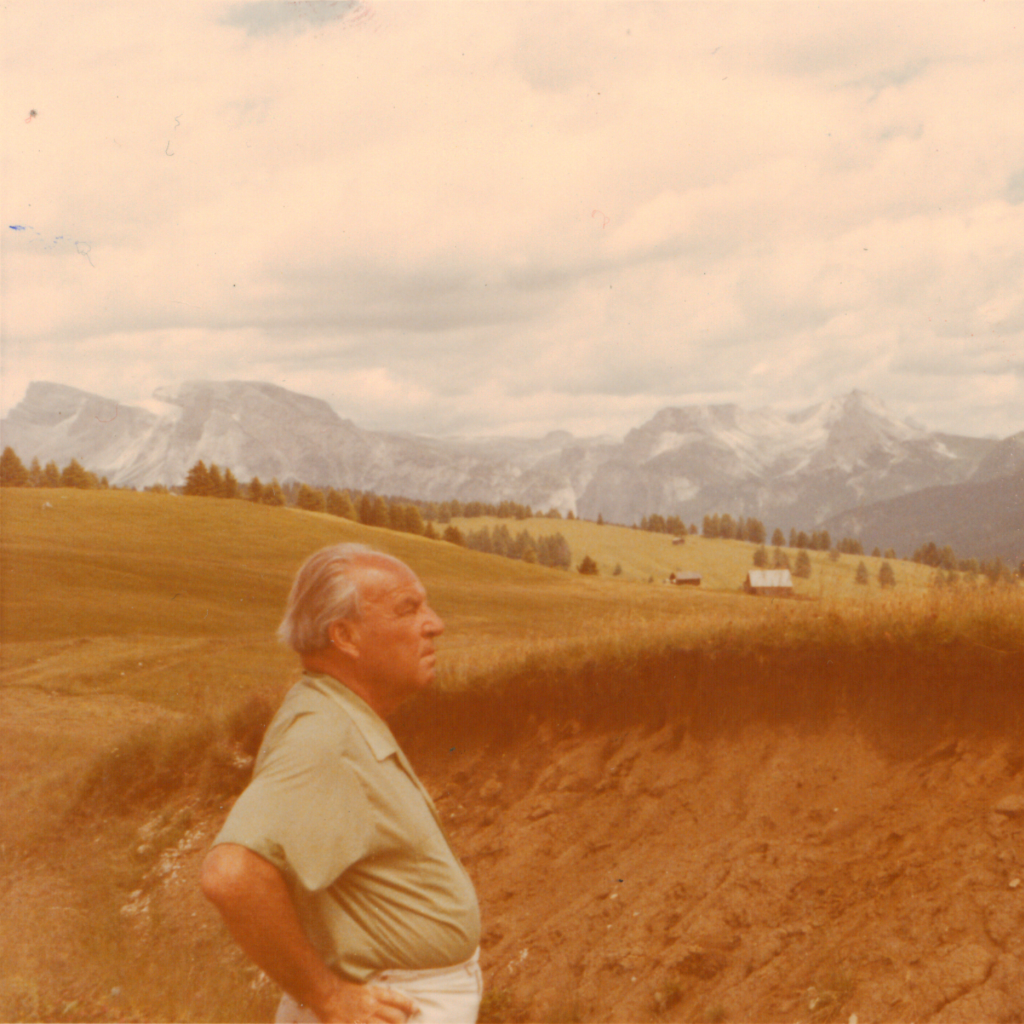 One Man, One Century

Ernst Krenek (1900-1991) is among the most distinguished and multifaceted composers of the 20th century. Not only was he an outstanding musician and thinker, but also a great writer and educator.

You can immerse yourself in the following thematic blocks from the biography of the inquisitive and astute but also critically minded global citizen, Ernst Krenek, across almost 100 years of contemporary history.

When Krenek followed his teacher, Franz Schreker, in 1920 from Vienna to Berlin, he unknowingly set the course for his future as a composer. New influences through encounters with Ferruccio Busoni, Eduard Erdmann and Georg Schünemann opened new creative approaches for the young Krenek. These influences quickly created a distance from the late Romantic influences of his teacher. The courageous progressiveness in his tonal language resulted in first successes in festivals for new music and placed Krenek in the first line of up-and-coming composers.

Motivated by the attention he received, he composed tirelessly and built up an impressive oeuvre of works in a short time: From 1921 to 1924, he composed three operas, three symphonies, four string quartets, numerous other orchestral, chamber and choral music, some songs and smaller pieces for piano – in total about 30 compositions that increased his reputation consistently. He was regarded as the future hope for new music and an entry about Krenek in the Riemann Music Encyclopaedia followed.

From 1924, Krenek obtained new influences from experiencing the musical life of Paris; he gained a better understanding of and orientation of towards  the entertainment needs of audiences.

He achieved major success with the opera ‘Jonny spielt auf’, which was announced by Universal Edition as “the most sensational opera success since the ‘Rosenkavalier.’” Krenek combined the music of dancehalls and variety shows with a tonal language oriented on Puccini, and transferred the American optimism of Hollywood films to a spectacular stage production.

The excitement of the audience was huge: ‘Jonny’ was performed on more than 100 stages all over Europe to sold-out houses, and Krenek became one of the best-known names in the music world. However, success had its downside.

lt appears to me that the overwhelming success of 'Jonny spielt auf' obliterated my previous attainments from the public eye.

In the eyes of the supporters of new music, Krenek had betrayed their cause with his latest works and had submitted to the temptations of mass audiences. The mass audiences and those doing business now waited for the next hit from his pen. Krenek felt misunderstood from both sides. Finally, Krenek also provoked the National Socialists with ‘Jonny’; they considered the opera with its eponymous African-American hero as an icon of degenerate music.

'Finis Austriae", Ernst Krenek wrote in his diary when he learned of the Austrian Anschluss by Hitler’s Germany. At the time, he was in Belgium on a concert tour. Krenek had been following political developments in Austria and Germany for some time and had been preparing mentally to emigrate, but nevertheless he was deeply shocked by the news. Thus, the concert tour turned out to be the start of his exile.

The success of ‘Jonny spielt auf’ made Krenek the target of National Socialist agitation. Because of its jazz elements and especially because of its eponymous African-American protagonist, the opera was considered by Nazi culture ideology to be degenerate. Additional reasons for his rejections were Krenek’s involvement with communist ideas in the opera ‘Die Zwingburg,’ his progressive atonal language in the early 1920s, his later inclination toward the twelve-tone technique, his short marriage to the daughter of Gustav and Alma Mahler, and his frequent active and public stands against National Socialism.

All one knew about these emissaries of hell was that in Germany they had elected a handful of representatives to the Reichstag where they would off and on omit some uncivilized grunts and brutish noises good enough to be quoted in jokes.

After many stops and detours – and without setting foot on his home soil again – Krenek and his wife Berta arrived in the USA in the summer of 1938. It was impossible for him to earn a living there as a composer, so from 1939 he took on teaching jobs in colleges and universities. The task of teaching music history and composition was a new and unexpectedly enjoyable challenge for him. To his own surprise, he dedicated great intensity to this task. 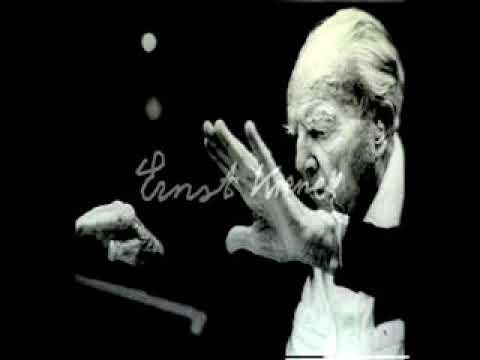 In the extensive and sometimes embarrassingly intimate confessions contained in his memoirs, encounters and relationships with women are a topic that is often touched.

I believe that this story would be incomplete, or even meaningless, if I would circumvent giving an account of my experience with the opposite sex, as they undoubtedly have been of decisive significance for the further course of my life and the formation of my entire personality.

The young Krenek had intense experiences in his amorous adventures and love relationships. This included unrequited romantic desires as much as passionate and sometimes quick affairs. Passion and societal conventions led to his marriage to Anna Mahler, which after just a few months turned out to be wrong for both. An intense but short-lived affair with then-prominent violin virtuoso Alma Moodie followed.

Krenek found stability with German actress Berta Hermann, who was 15 years his senior. He met her during his work as an assistant to Paul Bekker at the state theatre in Kassel, and after a more or less non-committed relationship over some years, they married in 1928 in Vienna. According to Krenek, they had a happy marriage, which eventually failed due to the distance that had been growing over the years.

I had to go through various stormy periods before I had the good luck of meeting the woman who would have the right kind of love for me.

Finally, Krenek found fulfilment in a love relationship with Gladys Nordenstrom. As a talented student of composition, she attracted his attention and as his third wife, she became an emotional support in the second part of his life and an indispensable support in all practical matters.

Ernst Krenek and the circle around Alma Mahler

Alma Mahler’s general style was somewhat obsolete. Her style was that of Wagner’s Brünhilde transposed in the atmosphere of the Fledermaus.

When, through his romantic relationship with Anna Mahler, Krenek was confronted with the infamous salon of Alma Mahler, he found himself suddenly in a very exciting melting pot of people from the art and cultural life of the 1920s – not so much for his own pleasure, but nevertheless with some interesting events and encounters.

There were too many things going on which were entirely against my inclinations and ideas, and too many people around for whom I had very little esteem, because most of them looked to me, for all their boisterous grandiloquence and pretentiousness, like ghosts of individuals massacred long before on the pages of Karl Kraus’ 'Fackel'.

After the death of Gustav Mahler, her affair with Oskar Kokoschka and a short marriage to architect Walter Gropius, Alma was involved with Franz Werfel when she met Krenek. He edited – certainly with Alma’s consent – the libretto for Krenek’s first opera ‘Die Zwingburg.’ In addition, Krenek set some of Werfel’s poems to music.

Alma tried to take advantage of her access to a talented and increasingly popular young composer.

She decided that it would be a good idea to add to Mahler’s nine symphonies a tenth, for it seemed simple arithmetics that ten symphonies on the concert programs would pay more than nine of them.

Gustav Mahler’s work on his tenth symphony was interrupted by his death. Alma handed over the fragmentary sketches of Mahler to Krenek, hoping that he would complete the piece. She was disappointed that Krenek corrected only some small mistakes in the first movement and finalised the orchestration of the otherwise complete second movement. Krenek declined to carry out additional work on other more unfinished movements.

It would have required the brazen temerity of an unspeakable barbarian to dare attempting an orchestration of these violent scribblings of a dying genius.

By the time of Krenek’s first teaching job at Vassar College (1939–1942), the interconnection of artisanal music theory and the academic-historical approach to music was a unique feature of his lessons that became an inspiration to so many of his students. He could unfold more of his abilities as the head of the music department of Hamline University (1942-1947). He impressed his students with the breadth of his educational horizon and the ease with which he connected different fields and aspects of cultural history. His music history lessons always included plenty of examples of musical scores and recordings, or he would sit at the piano himself and demonstrate his elucidations.

In his composition lessons, Krenek did not endeavour to convey imitation but rather the competency to unfold individual creativity. He did not teach a technique he himself practised, but rather helped his students to understand the inner mechanism of the musical process so they would acquire the skills for expressing their own artistic intentions.

The individual diversity and the artisanal skills became apparent in the works performed at concerts that Krenek organised for his students. Representatives of the media took notice of these concerts and expressed their appreciation.

One was plunged abruptly into a different world of music, bubbling with an exciting sense of work in progress. There was no triviality of attitude and no shoddiness of workmanship.

After Krenek had finished working at the Hamline University, he continued to share his knowledge through lectures and various courses, among which were the Darmstadt International Summer Courses for New Music in the 1950s.

To Ernst Krenek's compositional work
Back to Top