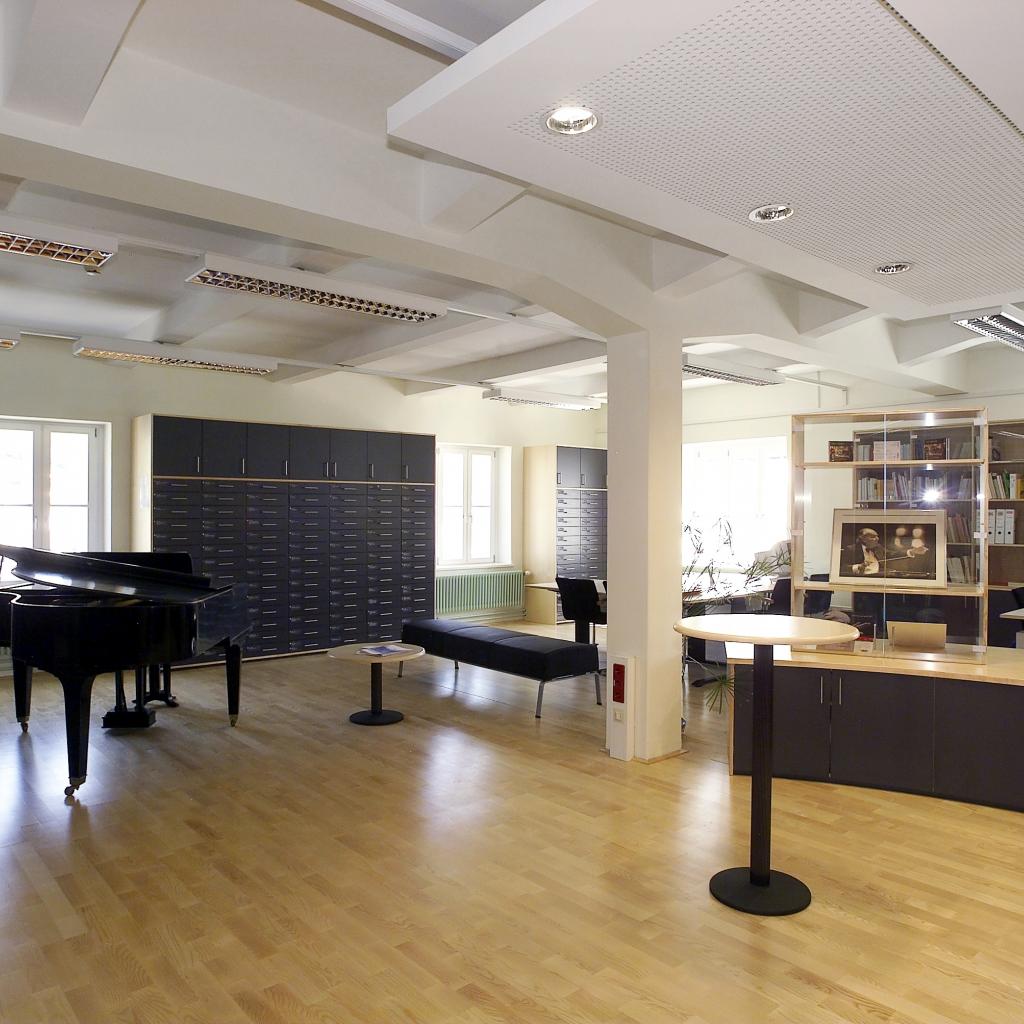 Not only was Ernst Krenek a composer, a versatile artist, a widely read humanist and a visionary; he was also the librettist of his own operas, a writer and an essayist. The mission of the EKI is to preserve his artistic legacy and make it accessible to the general public.

The institute collects, researches, oversees and preserves Krenek’s extensive estate and serves as a competence centre for researchers, event organisers, musicians, composers, writers and all those interested; it also serves as a lender of Krenek exhibits. The related Ernst Krenek Forum at the Minoritenplatz in Krems, with its events and exhibitions, offers a dialogue platform for open, inter-disciplinary and multimedia encounters with the multi-layered and extensive artistic legacy of Ernst Krenek.

The Ernst Krenek Institut Privatstiftung was founded in 2004 by Krenek’s widow, Gladys Nordenstrom-Krenek, with the support of the federal government and the State of Lower Austria. The premises of the Ernst Krenek Institute at the University of Krems (Campus Krems) were opened on 12 September 2004 with a gala concert. After the founding of the institute, the majority of the American legacy was transferred from the USA to Krems; at the request of Gladys Krenek, the ownership was transferred to the foundation.

Since its founding, the Ernst Krenek Institute organises workshops and symposia, supports research publications and editions and organises exhibitions in order to make Krenek’s artistic legacy available to the public.

As honorary president, Gladys personally and tirelessly dedicated herself to the work of the foundation and its work; she continued to support large projects personally and financially. For her efforts as founder and for the preservation and dissemination of the cultural legacy of Ernst Krenek, Gladys received the Grand Order of Merit for Services rendered to the Republic of Austria in 2006 and in 2014 from the State of Lower Austria. Since her death in 2016, the foundation has served as the legal successor to Ernst and Gladys Krenek.

In 2017, the household in Palm Springs was liquidated and its extensive collections were brought to Krems; they are currently being recorded and catalogued in order to make this part of the legacy accessible to the public as well.

The Ernst Krenek Institut Privatstiftung is financially supported by the Austrian Federal Chancellery and by the State of Lower Austria.

Resolute, tenacious, and pragmatic, but also with great artistic sensitivity, Gladys Nordenstrom Krenek (1924–2016), Ernst Krenek’s third wife, promoted her husband’s works for nearly a half a century. At the same time, she kept her own artistic work in the background.

Gladys N. Krenek was born in Minnesota on 23 May 1924 as one of seven children. Her grandparents had immigrated to the USA from Sweden and Germany towards the end of the nineteenth century.

She displayed her resoluteness early on, for already at the age of ten she had taken it into her head to become a singer, and from the age of thirteen she financed her voice lessons with Ruth Leaf Larson by playing trumpet in the jazz dance orchestra “The Pangerl Sisters.”

Her desire to study voice at university met with opposition from her father. Nevertheless, at the age of eighteen, she began her studies at Hamline University in St. Paul, which at that time was an important center for modern music; at its core the head of the music department Ernst Krenek and his artistic relations to Dimitri Mitropoulus and Louis Krassner. In Krenek’s lectures, she discovered her love for composition and shortly thereafter transferred into his composition class.

Gladys liked to relate how she got to know Krenek better: Krenek’s physician had suggested that he get more exercise, and his student turned out to be the perfect partner. She taught him how to play badminton, ride a bicycle, swim, and even drive a car.

In 1947 Gladys earned her Master of Arts degree. And when Ernst Krenek moved to California, Gladys went with him. They married in August 1950.

In 1966 they moved into their own house in Palm Springs. Gladys not only took care of the household chores, but, as an elementary school teacher, also provided for a secure income. In addition, she took as much weight off her husband’s shoulders in all areas to allow him to concentrate on his artistic work. Regularly she translated libretti, song texts, and program notes for him, and even assisted with the technical equipment in his experiments with electronic music.

Standing in the shadow of her husband, it is often overlooked that Gladys Nordenstrom Krenek was herself a composer.
Only when she gave up her work as a teacher did she again find time for her own creative activities. The number of her works therefore remained small, yet received international recognition: her composition Rondo for flute and piano was premiered in 1956 at the Darmstadt Vacation Courses. In 1966 she composed, as a commission from the International Society for Contemporary Music, the El Greco Fantasy, which was premiered in Mannheim by the Rhenish Chamber Orchestra Cologne under the direction of Thomas Badner. Most recently, she worked on a chamber opera (The Neighbors) on a libretto by Ernst Krenek.

Since her death in 2016, the Ernst Krenek Institute has become the repository of her legacy.

In honor of Gladys’s ninetieth birthday, Marie-Therese Rudolph dedicated a portrait film to the composer, which provides insights into her life as a composer and also as Ernst Krenek’s wife. 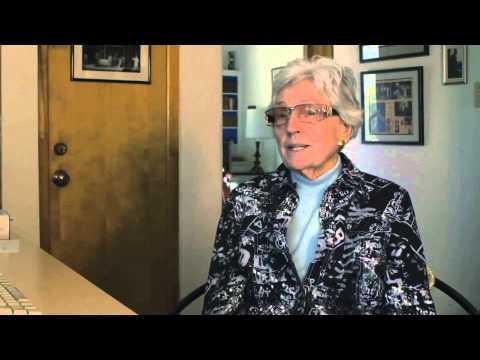 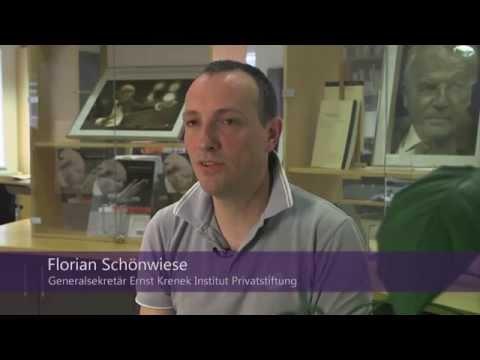 Since 2005 the Ernst Krenek Institut Privatstiftung is publisher of the "Ernst Krenek Studies". The series is part of the Institute's funding for current research on Krenek. To date, 7 volumes have been published on a variety of topics, including conference transcripts and dissertations. The series appears on the Edition Argus.

Monday to Friday 9 am – 1pm
and by prior arrangement
Please register by telephone in advance. 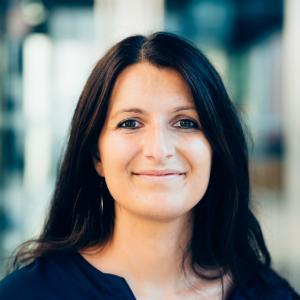 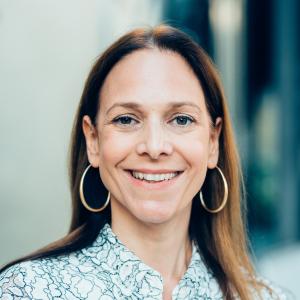 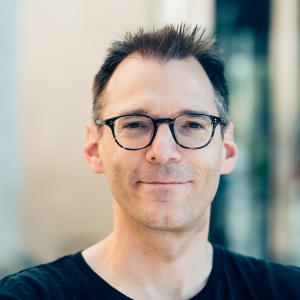 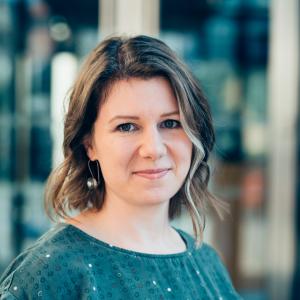 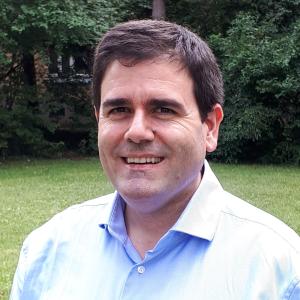 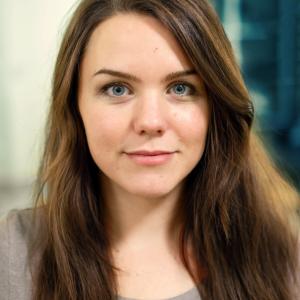 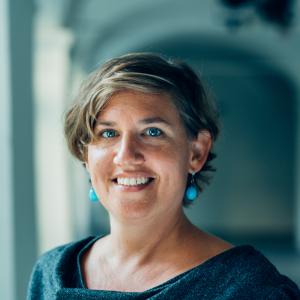