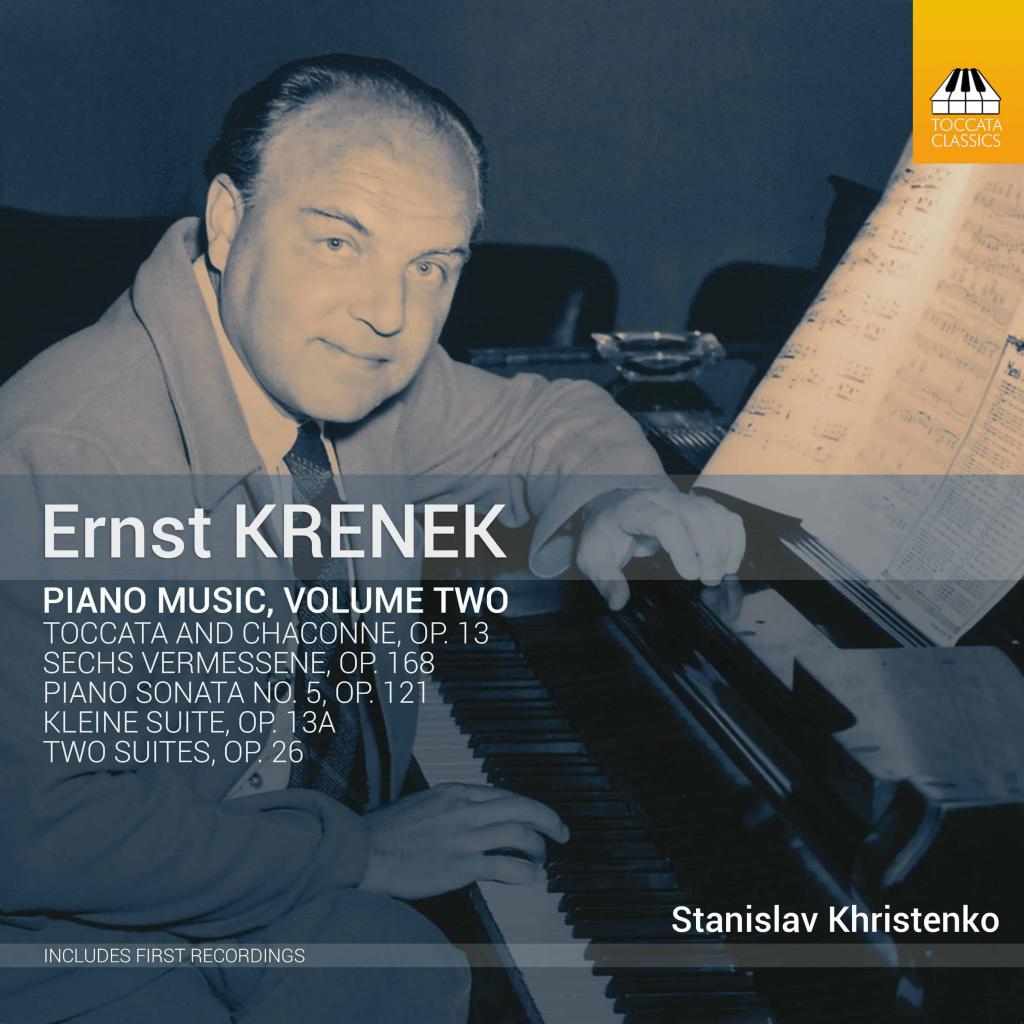 UK-based CD label ‘Toccata Classics’ has continued its survey of the piano music of Ernst Krenek with a second release that again presents a selection of works drawn from across Krenek’s long compositional life. The opening tracks, the Toccata und Chaconne über den Choral ‘Ja ich glaub an Jesum Christum’, Op. 13 (1921) hearken from Krenek’s youth as an enfant terrible in Berlin, and the CD concludes with his Sechs Vermessene (‘Six Measurements’), Op. 168 from his later years in California. As anyone familiar with Krenek’s music will expect, the range of compositional styles on show is huge; from expressionist-tinged Neue Sachlichkeit through serialism to the music of chance. But the culminative impact is much more than a mere degustation of twentieth-century compositional techniques. Even at its most formally preoccupation the music maintains a humane self-awareness. The fingerprint of Krenek’s unique musical wit and humour is ever-present.

Such features nevertheless require virtuosic, intelligent and sensitive musical realization and Ukrainian-born American pianist and conductor Stanislav Khristenko has these qualities in abundance. The Toccata und Chaconne was itself composed for one of the great pianists of the twentieth century, Eduard Erdmann, and concludes with contrapuntal tour de force that demands a technique to match. Khristenko is equally at home with the set of whimsical miniatures that follow it, the Eine kleine Suite von Stücken über denselbigen Choral, verschiedenen Charakters Op. 13a, and he also seems to revel in the subtle musical wit that underscores Krenek’s three-movement Sonata No. 5. Here, sly allusions to the classicism of late-eighteenth century Vienna emerge midst music that is more immediately reminiscent of the Vienna of Arnold Schönberg and his School.

The Sechs Vermessene Op. 168 (1958), however, explore a duality of a more philosophical kind, that between total control and chance. Here the performer is charged with realising these ‘willed improvisations’, something Khristenko does here with playing of superb clarity and refinement.

As is the mark of the Toccata label, this CD also includes works that have never previously been recorded, in this case the attractively acerbic Zwei Suiten, Op. 26 (1924); but the others are at best recorded rarities. They could not ask for better advocacy than these outstanding performances. This is a collection that any curious music lover will find rewarding to explore.