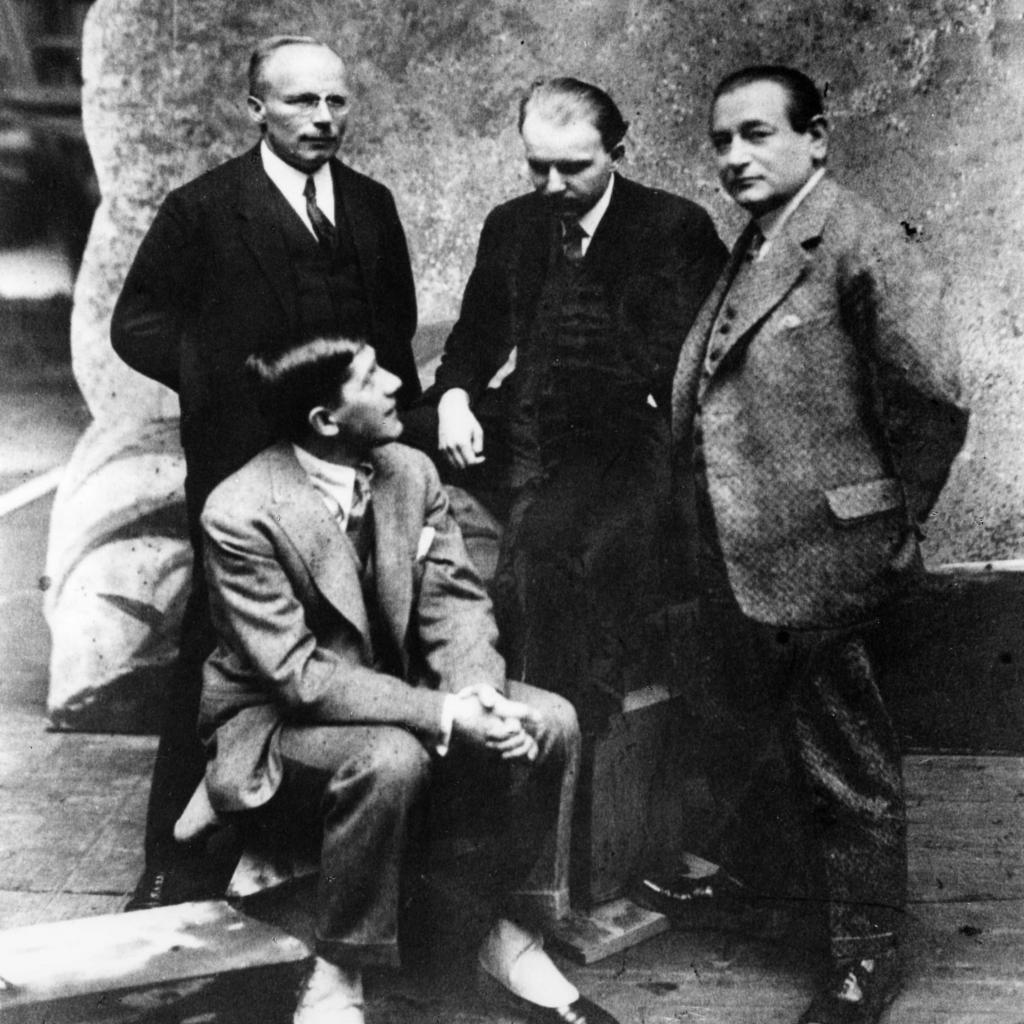 When Oskar Kokoschka and Ernst Krenek met in 1922, Kokoschka, who at that time held a professorship at the Dresden Academy of Art, was not only a renowned painter, but had also made a name for himself as an expressionist poet and dramatist. Krenek, too, was also no longer unknown, in spite of his young age. At this time he was in a relationship with Anna Mahler and lived in Berlin, where he moved in the circles of Ferruccio Busoni, Hermann Scherchen, and Eduard Erdmann.

The meeting of the two artists was arranged by the Russian painter Walter Spies, to whom Kokoschka had confided his desire for a musical setting of his drama "Orpheus and Eurydice". However, Kokoschka had in mind an entirely different composition than Hindemith’s setting of his drama "Mörder, Hoffnung der Frauen" (Murderer, Hope of Women), with which he was not satisfied. Spies suggested to Kokoschka the young composer Krenek, whom he had met at Eduard Erdmann’s in Berlin. Kokoschka was delighted – possibly due to Krenek’s connection to the Mahler family. Krenek was likewise immediately interested in the project, not only because he held Kokoschka in high regard as a painter, but also on account of the circles in which he moved. The fact that Hindemith had already set a play by Kokoschka was an additional attraction.

The spirit of the piece revealed itself to Krenek only slowly. Eduard Erdmann not only made valuable suggestions concerning cuts, but was also very helpful in interpreting the drama, so that Krenek was able to attain a full understanding of the text.

At that time, I began to understand the profound poetic sense of the tragedy, for which I previously had only a vague feeling.... The main theme of the piece was the issue of fidelity and memory, and the tragic story of Orpheus and Eurydice was beautifully intertwined with the wonderful legend of Cupid and Psyche.

Krenek began the composition in the spring of 1923, finishing it later that same year. The premiere took place on 27 November 1926 at the Kassel State Theater. Beforehand, Krenek gave a comprehensive lecture about Orpheus and Eurydice, which he considered to be “among the most important works I have ever composed.” The staging was by Paul Bekker, the then director of the theater, who was already well known as a music critic and author. The performance was a great success. However, in spite of the extensive and positive press coverage, no further stage performances followed, and today the work numbers among the often overlooked operas of musical history.

At the summer exhibition in Pöchlarn, which will also deal with Kokoschka’s relationship to music, excerpts from the opera Orpheus and Eurydice can be heard. The piano reduction of the work in a copy by Anna Mahler, letters, and Kokoschka’s portrait drawing of Krenek will also be on exhibit.