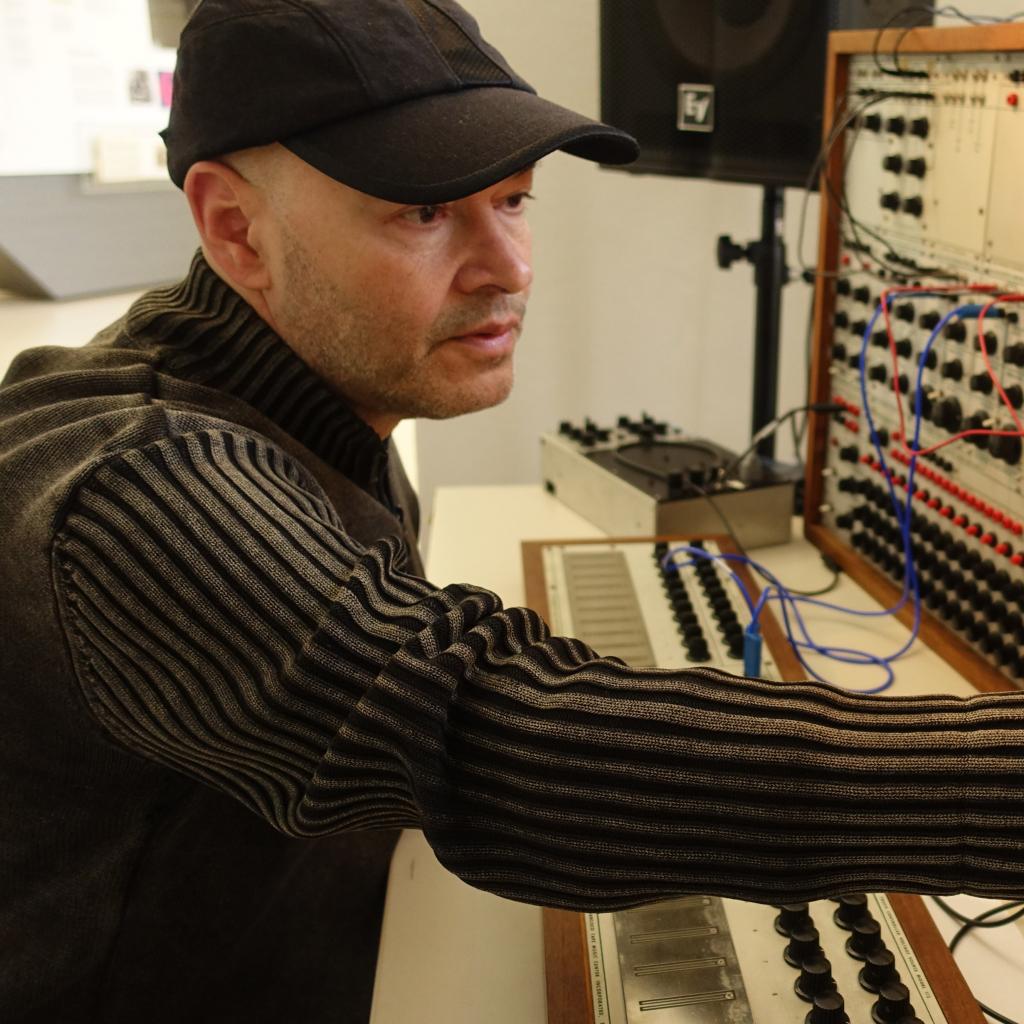 In April, the Berlin-based Argentinian composer and sound artist Mario Verandi was in Krems as artist-in-residence. During his sojourn, he worked with Ernst Krenek’s Buchla modular synthesizer in the Ernst Krenek Forum.

We wanted to learn more about him and his current projects.

Could you tell us about your musical background? When did you start composing?

I come from a family of artists. My mother was a singer, dancer and actress and my father is a stage director and poet. I guess music comes from my mother’s side. But I was also always interested in literature, poetry and to some extent in theater. At home, my parents listened mainly to classical music. As a teenager I started learning guitar and played bass guitar in a rock band with friends. At that time, I started to compose songs for the band. As a teenager I started to listen to a lot of what was called symphonic rock and that was a huge influence and incentive to start studying piano and compose music. All that led me to study music at a University in Rosario (Argentina). At the same time, I played in several bands and compose songs. I even recorded an album with my rock/pop compositions. Meanwhile I discovered the music of contemporary composers like Ligetti, Stockhausen and Varese. After I finished my music studies, I went to study electroacoustic music at the Phonos Studios in Barcelona. It was there that I got a particular interest in musique concrète and started to compose electroacoustic pieces. At that time, I wanted to further develop my skills in electroacoustic composition and received a scholarship to pursue a master and later a doctorate in electroacoustic composition at the University of Birmingham (UK). Since then, my creative work is diverse and includes electroacoustic music compositions, live electronic performances, sound installations, music for dance, theater and radio, and more recently a project of compositions in the so called ambient/electronic genre. This last project culminated with the release of an album last year. 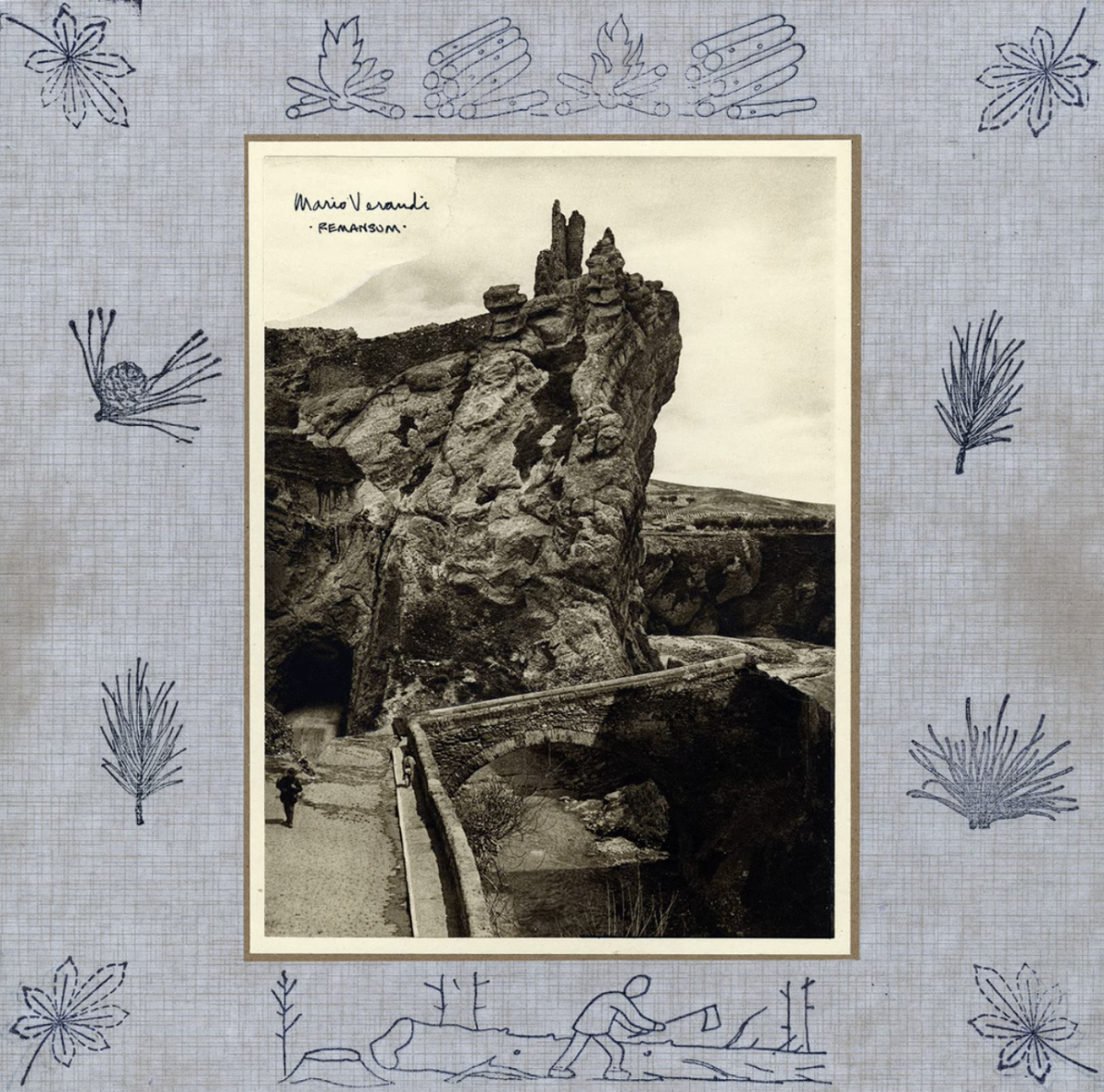 What is the focus of your music? How would you describe it?

Well, I think the focus of my music is not static and is in constant change. However, there are some basic interests or impulses that still remain. For example, the process of recording sounds, which includes acoustic instruments as well as sounds of objects and field recordings. Then I use computer software to edit and transform these sounds. This is something that I still enjoy doing. I guess what mainly changes, is the context in which I use these sounds and the role they may have in a piece. Since about two years I started to compose music that is less “conceptual” or “experimental” and in some way oriented to more recognizable harmonies and melodies. In this context I combine computer processed sounds with acoustic instruments like piano and cello. Here the role of electronic sounds is quite different to the role they have in my “experimental” electroacoustic pieces.

When and how did you get in touch with electronic music?

I think it was when I listened to some of Stockhausen’s electronic pieces during my formal music studies in Argentina. But I think I already was exposed to electronic sounds when listening to the symphonic rock bands of the 70´s. These bands made an extensive and great use of different types of synthesizers. Now I think I should point out that my main interest is not that much in machines that generate pure electronic sounds but rather in recordings sounds that I can later manipulate and transform electronically on the computer.
So, I would say that I come from the tradition of what is known as the musique concrète school of Pierre Schaeffer and not that much from the Elektronische Musik of Stockhausen and the WDR studios. Of course, since several years these two schools got mixed and I many times make use of purely electronic and synthetic sounds. I am open to use any kind of sound source as long as it suits my compositional needs. Nevertheless, I have the tendency to generate sound material mainly through the recordings and processing of acoustic sounds.

What fascinates you about working with synthesizers?

I could say that I am equally fascinated to work with everything that produces sound. In the case of synthesizers, I normally have a hard time to get a sound that satisfies me. I like organic, harmonically rich sounds that contain many tiny variations. Like what you find in an acoustic instrument. So, with synthesizers I usually spend a lot of time adjusting and modifying settings to obtain sounds that I like. And when I generated sounds that I am satisfied with I do enjoy using them in my music.

How was your first contact with the Buchla synthesizer?

My approach was to let myself be guided by my previous knowledge of working with other synthesizers and by my intuition. It took me a short while until I could produce sounds and start to understand the patching system of the Buchla 100. After that I also took a brief look at the user manual to get a better idea of how it works. While I was studying and working at the Phonos studios in Barcelona I had a short experience working with a modular synthesizer. There we had a couple of portable EMS Synthi AKS, which is a patch pin matrix analog synthesizer from early 70´s.  But soon after that I began to work with a Yamaha DX7 and several other digital synths and samplers.

What do you like about working with the Buchla synthesizer?

I mainly like its unpredictability. This a useful and interesting characteristic that leads me to unknown sound worlds.

Could you tell us about your current project?

At the moment I have two projects. One is to create a piece exclusively with sounds generated with the Buchla. I am making recording sessions where I improvise intuitively with the Buchla using different patches. Later I will listen to the recordings and do some basic editing to keep the parts I like most.
My seconds project is the release of my second ambient/electronic album. Before coming to Krems I had already started to work on some of the pieces that will be included in the album. My idea is to incorporate sounds generated with the Buchla in some of my compositions.

Do you notate sounds, or do you just work with recordings?

I do not write down or notate the Buchla sounds to produce a score. I prefer to improvise with it and record the outcome. However, I do make some basic notes about patching and sound effects that I find interesting in order to remember them. When I need to make a score, I tend to mix traditional and graphic notation.

I am happy to be here and get away, at least for a while, from a big city like Berlin. I enjoy being in this small and calm town. To have the Donau very close and go for a stroll along the river is very relaxing and beautiful. However, it is a pity that because of the Corona lockdown I cannot visit museums, art galleries or go to concerts. I hope to be back sometime in the future and do these things.

Thank you for the interview!

In cooperation with AIR – Artist in Residence Niederösterreich and Klangraum Krems Minoritenkirche.