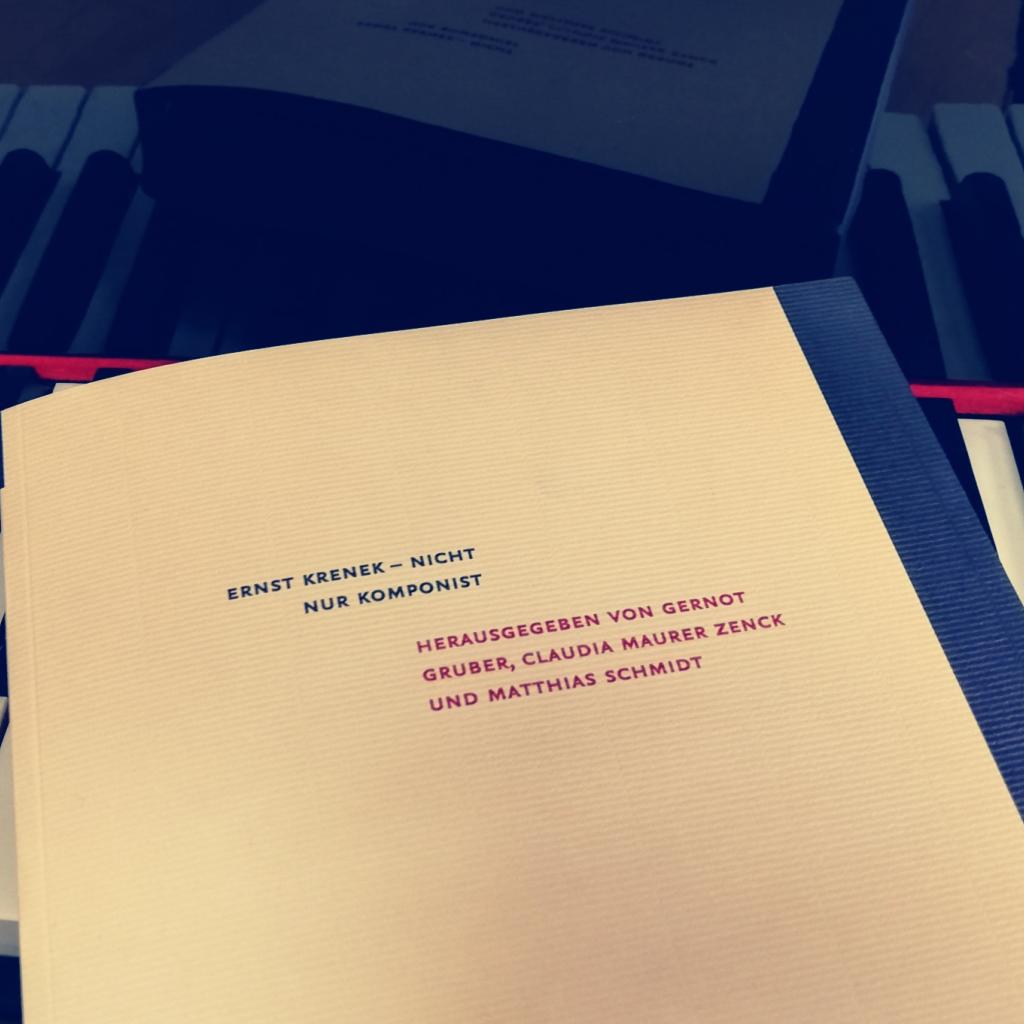 Ernst Krenek – Not just a Composer

The recently issued volume 7 of the Ernst Krenek Studies, published since 2005, is eclectic and multifaceted. The volume brings together texts from two symposia organized by the Ernst Krenek Institute: the 2014 conference on “Ernst Krenek and Austrian Cultural Politics 1934–1938” and the thematically widely diversified 2016 conference in commemoration of the twenty-fifth anniversary of the composer’s death: “Ernst Krenek – Not just a Composer.” The latter dealt in four key areas (media, theatrical music, musicology, and autobiography) with Krenek’s interests and fields of activity apart from and in addition to his compositional work.

Alongside the five sections of the volume, five thematically relevant essays by Krenek illustrate as source documents the breadth of his interests and the depth of his reflection capability. They encompass the thoughts of the young composer on the threshold of his career about music for theatrical and radio plays, of the observer in the middle of the turmoil involved in the (cultural-)political transformation of his home country, of the analyst of Beethoven’s late string quartets that “were considered to be extraordinarily difficult and inaccessible,” and of the media pioneer in the area of televised opera. Also included are the self-reflective observations of the mature seventy-five-year-old in a speech at the Krenek Festival of his adopted hometown of Palm Springs in California.

It should especially be emphasized that the volume contains not only contributions by the meritorious small circle of veteran Krenek specialists, but also contributions of a younger generation and from other fields and disciplines. Not only Krenek’s many-sidedness is to be praised, but likewise the nowhere nearly exhausted possibilities of viewing Krenek.