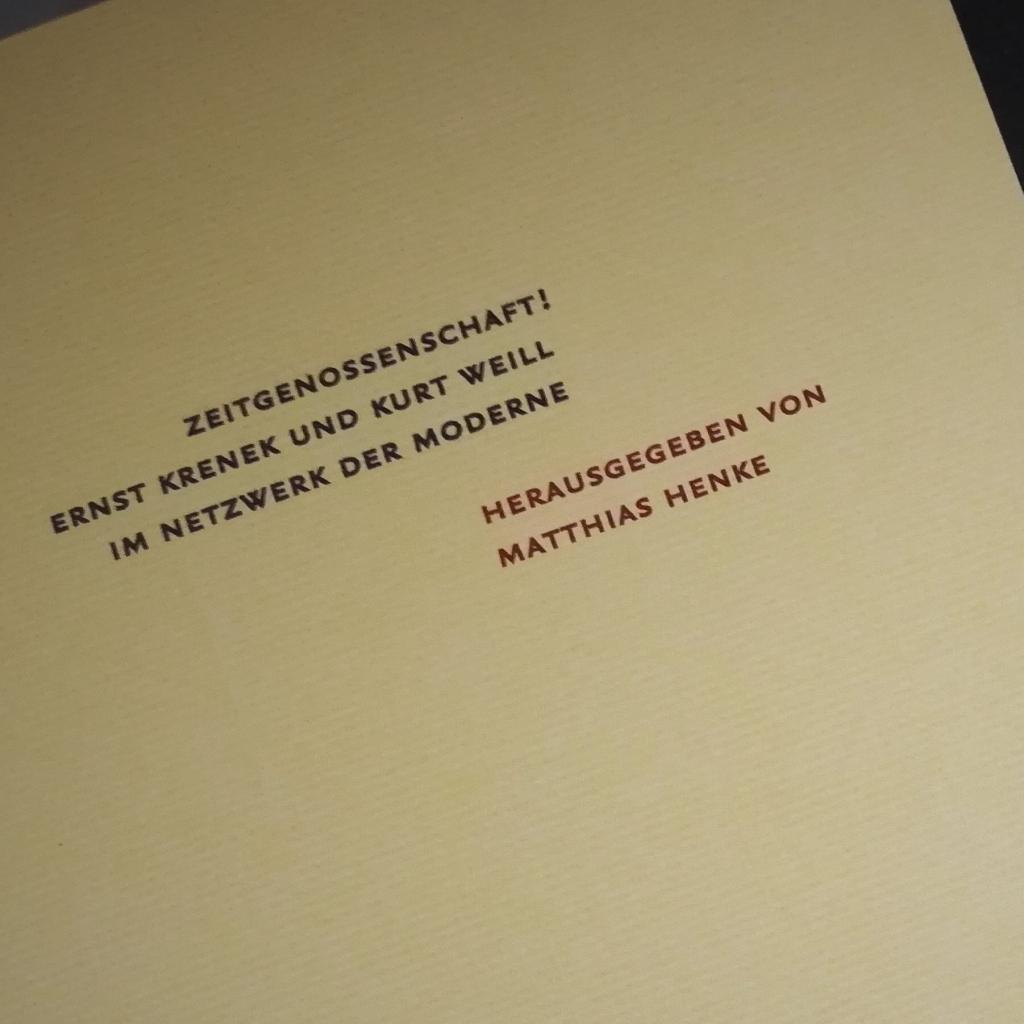 Contemporaneity! In focus: Krenek and Weill

In 2016 an exciting collaboration, instigated by Matthias Henke, came into being between the Ernst Krenek Institute in Krems and the Kurt Weill Society in Dessau. Within the framework of the annual festival sponsored by the latter, some 20,000 attendees could experience a juxtaposition of the works of the two composers. This comparison made sense since Krenek’s First Violin Concerto was premiered in the mid 1920s in Dessau, Weill’s place of birth, by violinist Alma Moodie, who was also to give the first performance of the nearly concurrently composed Violin Concerto by Weill. Yet, between the two contemporaries, both born in 1900, there are naturally further overlaps. Thus, Krenek and Weill numbered among the shooting-stars of their generation, who with their stage works Jonny spielt auf (Jonny plays on) and the Dreigroschenoper (The Three Penny Opera), respectively, were able to achieve sensational successes. In addition, both were published by Universal Edition. Finally, both also had to bear exile. Yet, whereas Krenek mentally remained a European, who followed the traditions of the classics and the Viennese School, Weill adapted to the new conditions, creating the “Broadway opera” that focused on modern life.

The 2016 Kurt Weill Festival was accompanied by a scholarly conference with the title Contemporaneity! Ernst Krenek and Kurt Weill in the Network of the Modern Era. Thematically, the focus fell on two issues that are also reflected in the recently published proceedings volume: on the one hand, comparative analyses (violin concertos, string quartets, Rilke settings, one-act operas), on the other hand, personalities with whom Krenek as well as Weill were in contact: for example, Paul Bekker, Walther Brügmann, and Ernst Bloch. Highlights are also contributions in the areas of childhood sciences and art history that deal with photo portraits of the two composers.

Even though Krenek and Weill only met in person a few times (and this probably only in New York, in exile) this posthumous encounter brought to light new facets of their lives and work.

Table of contents and synopsis (only available in German)