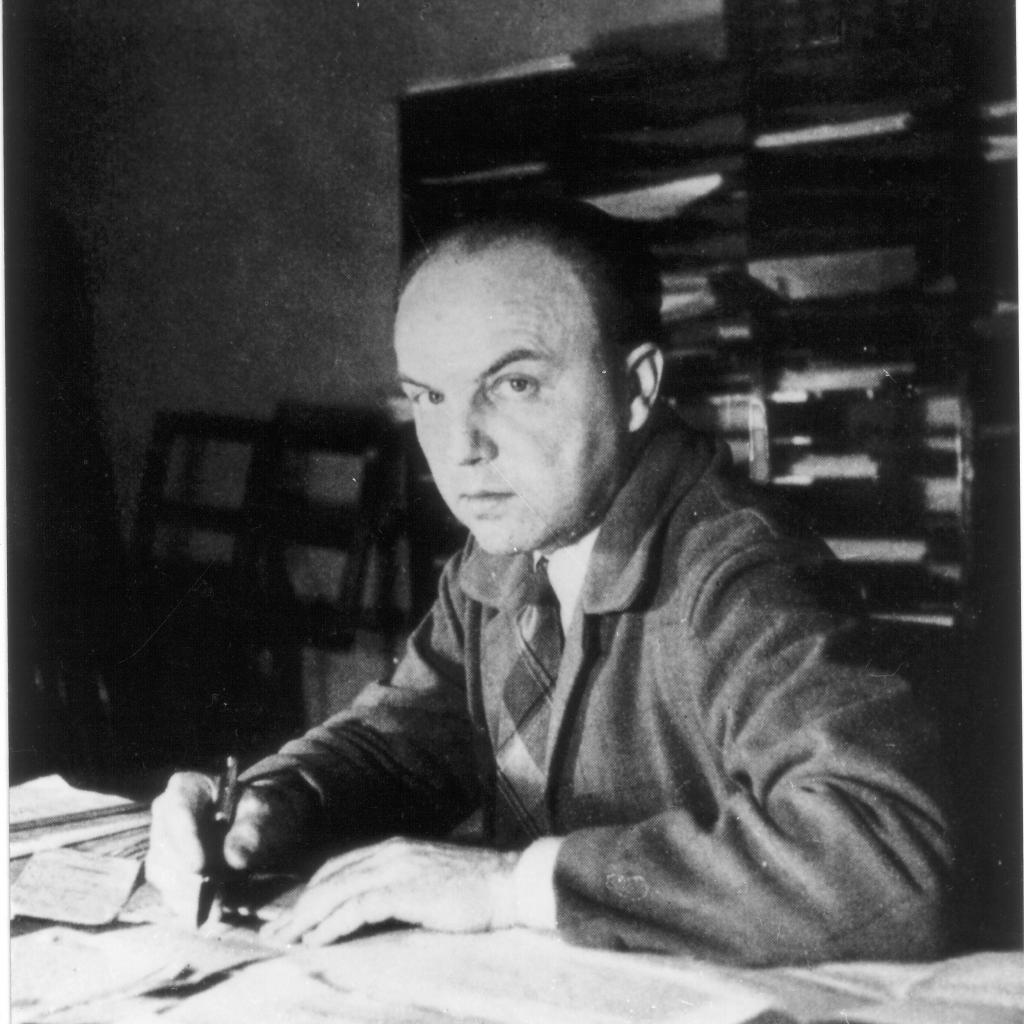 Ernst Krenek (1900–1991) numbers among the most important composers of the twentieth century, but also deserves attention as an author: he was the librettist of his own operas, wrote the lyrics for his song cycles, and, as essayist, authored numerous articles for the Frankfurter Zeitung und the Wiener Zeitung. The evening focuses on Krenek’s musical as well as literary works.

In 1938 Ernst Krenek wrote his only novella, The Three Overcoats of Anton K. In it he treated his experiences while traveling across Europe for concert engagements with a passport that had become invalid upon Austria’s “Anschluss” (annexation) by the “Third Reich.” Ostracized by the National Socialists, he did not want to return to his home town of Vienna, and therefore every border crossing was a nerve-wracking experience, a struggle with the bureaucracy. Krenek sent the protagonist of his novella, Anton K., into this Kafkaesque infinite loop of bureaucratic arbitrariness. The work was written during Krenek’s emigration journey in hotel rooms in Warsaw and Helsinki, and on the Swedish steamship from Göteborg to London.

The Three Overcoats of Anton K. was published in 1955 in a version translated into English by the author himself. The German original was published only in 1965. The book edition by edition memoria presents both versions side by side, supplemented by a preface and editorial annotations.

After the book presentation, a concert will take place with selected works for clarinet and piano as well as solo literature by Ernst Krenek. Moreover, pianist Janna Polyzoides will give the premiere of parts of the piano cycle 21 naseweise Notizen (21 saucy memos) by Friedrich Cerha. As a counterpart to this, Andreas Schablas will give the premiere of Cerha’s Rhapsodie (2021). The Sonata for Clarinet and Piano by Viennese clarinetist and composer Alfred Prinz (1930-2014) rounds off the program.

Link to the stream of the Concert

In cooperation with Alte Schmiede and Österreichische Gesellschaft für Exilforschung